Tom Johnson is not a name that comes up too often when reflecting on the great units of the Fleischer Studios. In fact, it was Johnson's unit who virtually kept the Screen Song series alive into the late 30's. A quick survey reveals how many of the best Screen Songs of the late Fleischer period bear Johnson's credit. He was an artist who was fiercely loyal to Max as you can tell by these exchanges published in the studio newsletter (click to enlarge). 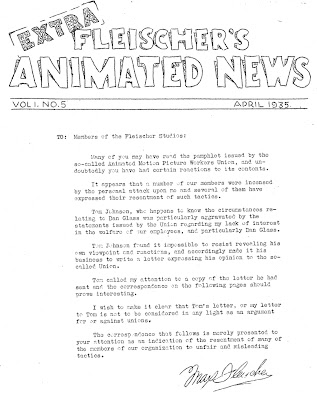 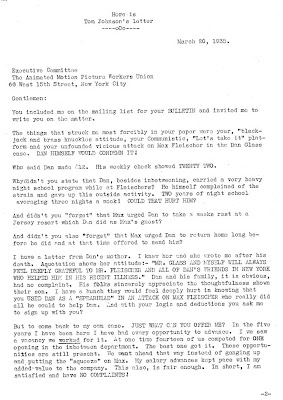 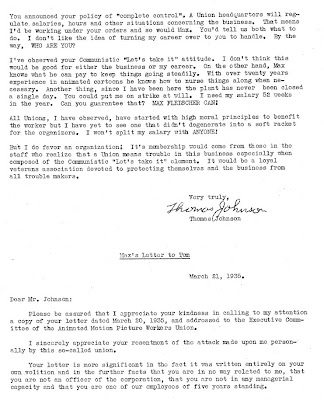 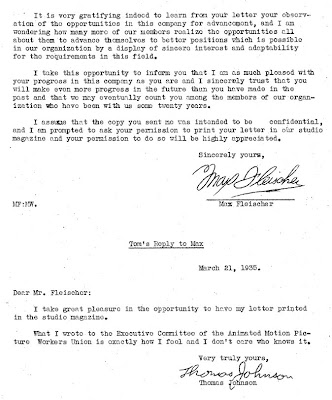 His creation (or likely his) Wiffle Piffle was deeply disliked by artists like Shamus Culhane and one can see how this Disney trained artist would look at the character and be appalled. If a Disney designer or animator were to bring such a creation to a Disney director or producer he or she could count on being on shaky ice (at best) or fired outright. The weird folds in the forehead, the eyes converging to a center point below the pupils (as if the nose contained a powerful magnet), the elfin ears (which wiggled when excited) carelessly tossed on the sides of his freakishly large cranium and his fruit-loop walk all combine to create a character who violates practically every rule of design and and shouldn't work but is absolutely right in the circus world of the Fleischers. For info on Ben Solomon, an animator in the Johnson unit, click here. In the meanwhile enjoy a complete print of "I Feel Like A Feather In The Breeze" (the 16mm Screen Songs had their live-action segments sadly excised) with one of the creepiest lookin' bandleaders ever! W.P. 4 Eveh! 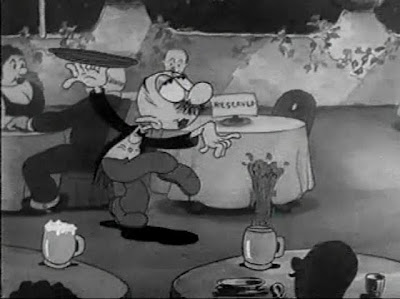 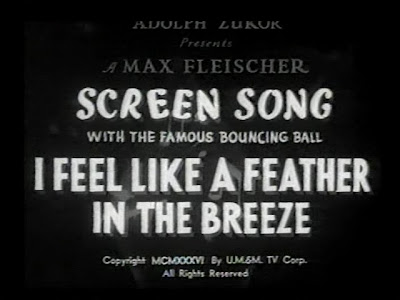 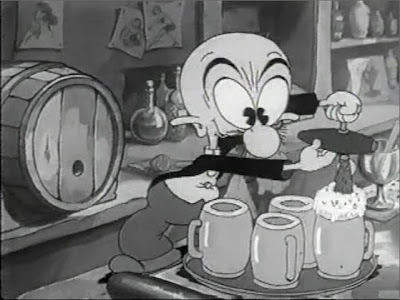