Only one grievance. Every Olive disc has so far made use of an original poster for the covers of their discs. It would be nice to see one used for this release also. This image is a little too close to the multitude of Betty PD issues that have proliferated through the years.

Yesterday on their Facebook page, Olive films  announced their first volume of officially licensed Betty Boop cartoons: Betty Boop The Essential Collection Volume 1. The journey of ownership of the Fleischer cartoons is a long and convoluted one but, needless to say, all the Fleischer cartoons (minus 'Popeye' and 'Superman') are now controlled by Paramount: a studio which in previous years has shown the least interest of all the studios in reissuing their extensive back catalog. Fortunately, in recent years, this attitude has started to change by an arrangement between Paramount with a small video distributor: Olive Films. Personally I've only ever seen one Olive disc, last year's release of 'The Space Children', and I am happy to report it was a beautiful transfer with a solid monural soundtrack! 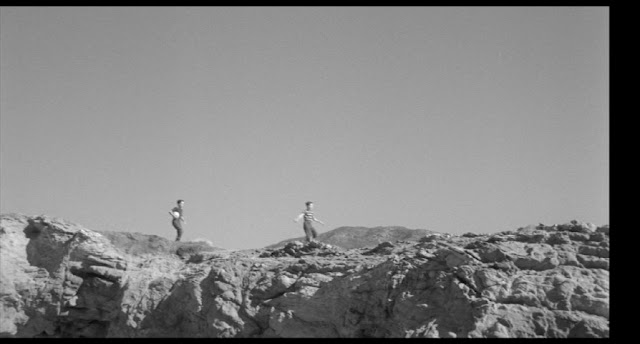 frame grab from 'The Space Children'

Refreshing news since lately some of the smaller video companies have taken to 'improving' their classic releases with disastrous results. For example, Kino's release of 'Bird of Paradise', a south seas picture from 1932, had it's soundtrack remixed into a kind of mutant stereo that rendered it practically inaudible. I read here the same company  made use of a kind of video 'restoration' on their  release of 'White Zombie' (also 1932) that comes off as highly amateurish and ultimately ruinous. Even Criterion's release of 'Island of Lost Souls' (another early Paramount film now owned by Universal) used either an inferior print to that used in the 1990's reissue or mishandled the new materials as to obliterate background detail, increase visible scratches and the coarseness of the film grain considerably. 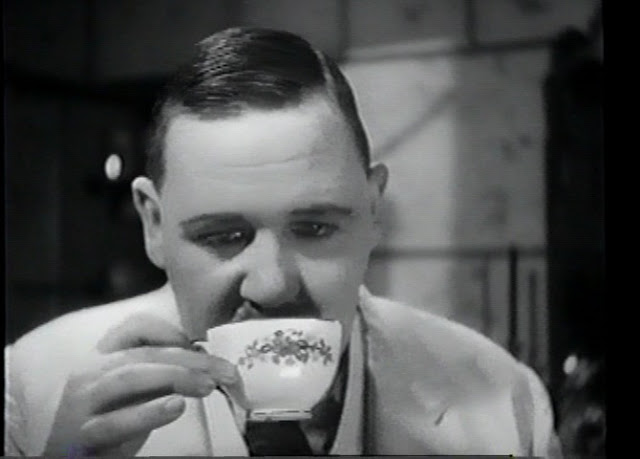 Charles Laughton sips tea in this frame grab from the Universal/MCA video tape release of 'Island of Lost Souls'. Note the window behind him. 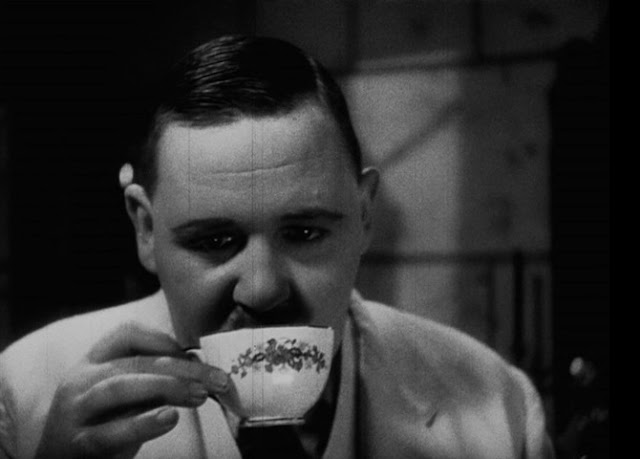 The same scene from the Criterion release shows considerable scratches. And what happened to the window?

Since I've made this post a bit of a rogue's gallery of bad re-mastering I thought I should add an example of DVNR: a system of image correction from the 1990's which was intended to remove dirt and scratches but, inadvertently wiped out lines and detail which were intended by the Fleischers to be seen. A more sensitive version of this must exist by now (over a decade since the last BB set) but, even so, would only be as good as the individual operating it. Unfortunately (or, actually, fortunately) I don't still have my atrocious ROAN 'restoration' of PD favorite' "Flash Gordon Conquers The Universe" to show here. There the dirt removal program was adjusted so objects which were white or light (like high lights, reflections, etc.) burned so hot as emanate a radioactive glow which swallowed anything near it. Nothing like watching a scene where half the actor's face has been melted off by the table lamp he sits next to! 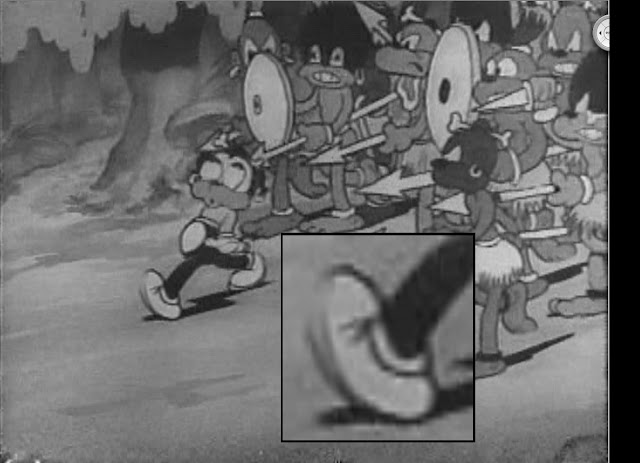 'Betty Boop's Bamboo Isle' from VHS volume "Pre-Code" with  DVNR. Note the 'erased' line on Bimbo's foot and on the right eye. 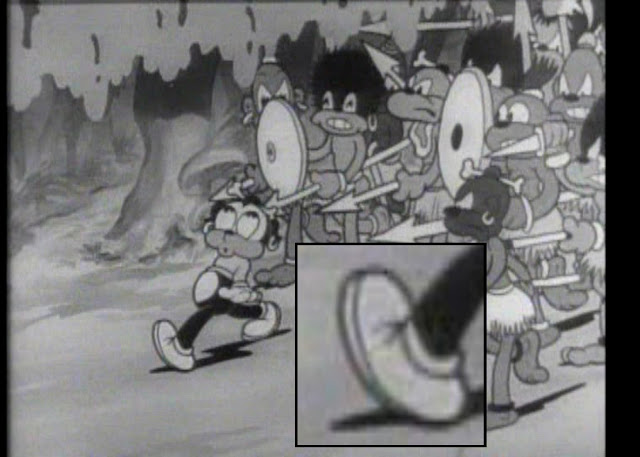 Many on-line are decrying Jerry Beck's lack of involvement with this release* but I don't see this as serious problem. He knows the cartoons but how well versed is he in the technical aspects of film restoration? In that area Steve Stanchfield, also not involved, knows quite a bit more. It's safe to say there are others, working professionally within the industry, who understand the balance of restraint in the remastering of old films. Does the odd selection of titles indicate a list of prints in the best condition or is it for some other reason? Personally I will enjoy having 'Betty Boop's Penthouse' without the transfer flaw (a 'skip' following Betty's toweling off) that I understand is present on all the old Republic VHS and laser discs. Every Paramount DVD reissue I've seen has been a first class operation, be it 'War of the Worlds', 'Sunset Boulevard' or 'The Space Children'. Here's hoping Betty Boop will shine as well.

*-Thad made some good clear points on this on my FB page: "I don't think the problem isn't so much "Jerry Beck isn't involved with this release", but "Jerry Beck doesn't know anyone involved with this release," which does not bode well. Olive has put out some nice stuff (albeit, the Jerry Lewis discs are really expensive considering the grunginess of the transfers), so I'll just have to wait and see. Twelve cartoons for $19.99 though?  I'm still hopeful for a good job, however, even if it is a bit of a marketing misstep. 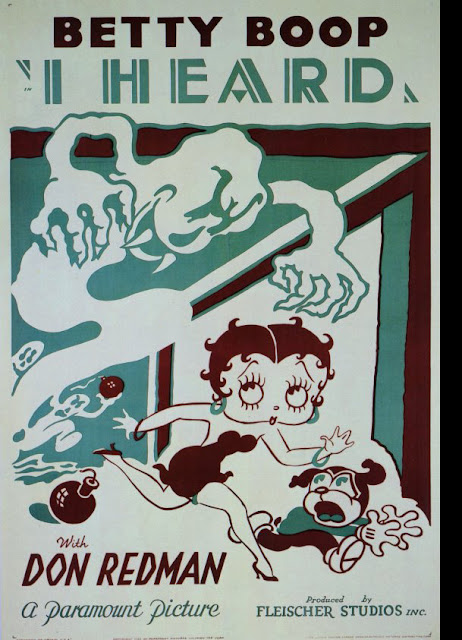