Sometimes it's difficult to figure out what I should post here - if anything. A quick survey of the web doesn't help much. It seems that most of what you will find is publicity for upcoming features, indie 'cut-out' animation stuff or further self flagellation over the likes of Milt Kahl, Chuck Jones, Tex Avery, The Professor, Mary-Anne and the Rest. Anyway, after considering the merits of "Weenie Roast" (Krazy Kat) I decided to take another look at one of the earliest sound Screen Songs: La Paloma. 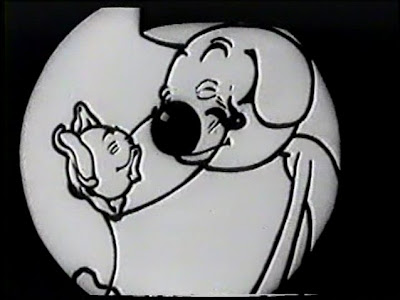 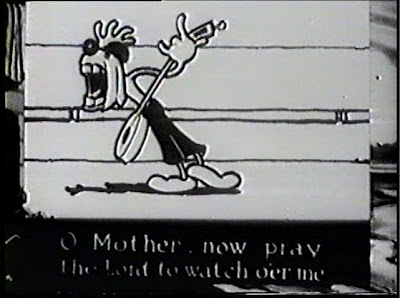 The song is older than I thought. Believe it or not "La Paloma" is a habanera (something I didn't know) originally composed by Sebastian Yradier around 1860! By the 1920's the song had found it's way into the repertoire of a lot of recording artists: one of the best known being that of Paul Whiteman and his Orchestra who cut two takes of the song May 12, 1928.
It certainly appeared in a lot of cartoons of the early sound era. The Fleischer version, musicians unknown, was released in March 1930. I have speculated at the importance of mandolin, an instrument Max Fleischer himself played, and whether he might not be heard on the track. A recording of Max's mandolin playing graciously loaned for broadcast on Stu's Show a year or so back seems to indicate Max was a competent player in 1942. At any rate 'La Paloma' was covered, with 'I'm Forever Blowing Bubbles' (another Screen Song) in the May 1930 issue of Theater Arts: a magazine dedicated to New York's intellectual scene (click to enlarge). 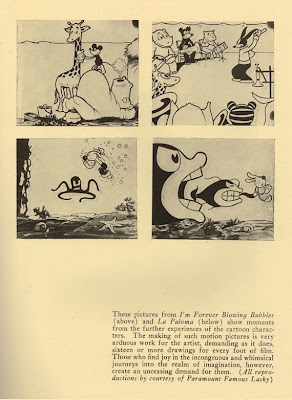 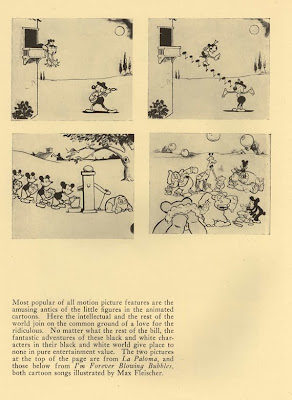 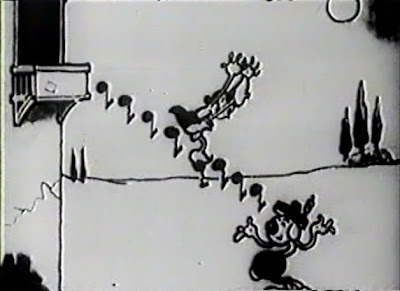 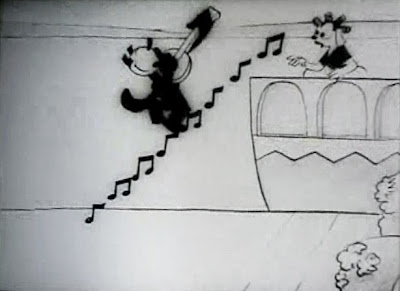 The staircase of musical notes was oddly forecast in a Krazy Kat cartoon (Charles Mintz Studios) "Slow Beaus" one month earlier (it was released in February, 1930) but lacking the energy of the Fleischer cartoon. 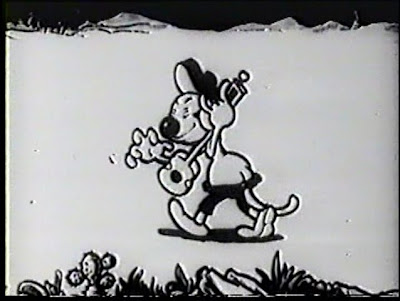 "Be patient my peppy!" 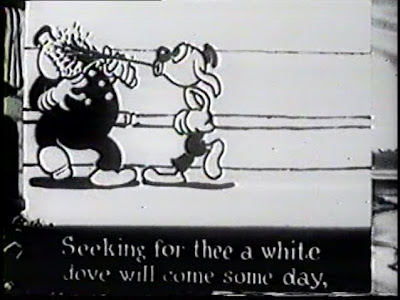 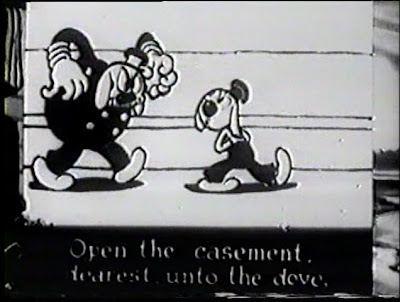 What the hell does this have to do with casements and doves?
Stylistically the film is slightly behind, continuing to use the same 'tear and slash' method of the silent Koko's . In terms of the animation 'La Paloma' represents a transitional time for the Fleischer Studios as talent made it's exodus to California and technical upgrades (i.e. the switch to animation on cell, sound etc.) were implimented. There is no credit on the film but this is the period Shamus Culhane, and a number of other assistants, found themselves suddenly promoted to animators. The shake-up is somewhat noticeable. Regardless, 'La Paloma' remains a strong film in both quality of drawing , music performed with the appropriately corny (but totally straight ahead) gusto and the sheer rejection of that sentiment in the gags. This is essential Screen Song stuff. Enjoy the weirdness ... 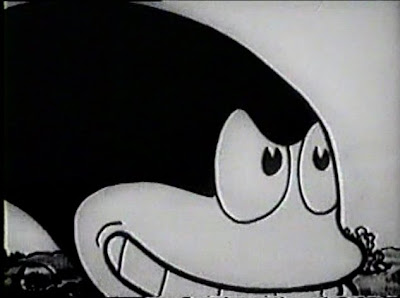 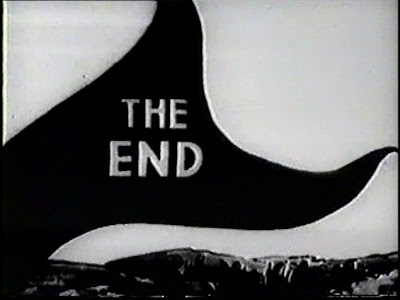 and if I hear any snickering at 'All ye sailors so gay' you will be asked to leave the room ...
As before I will mention that there is a racial stereotype occurring at 4:41. Please refer to my previous comments on this subject.
Posted by J.V. (AKA "White Pongo") at 1:51 PM 9 comments: