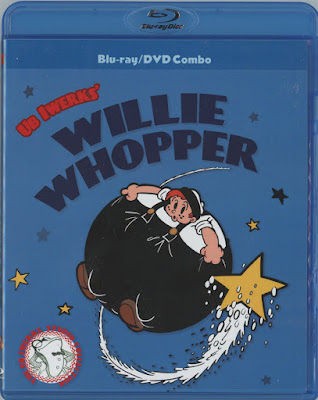 Note: This review is for the DVD version of Willie Whopper

Thunderbean and Steve Stanchfield should be familiar names if you visit this blog. Steve started reissuing cartoons on VHS way back in the 80's during the era of the 'Whole Toon Catalog' for those of you old enough to remember. I had no idea how long he had been doing it. Since then he and his staff have treated the world with meticulous restorations of cartoons otherwise consigned to the dustbin of history: first on DVD and later Blu Ray. 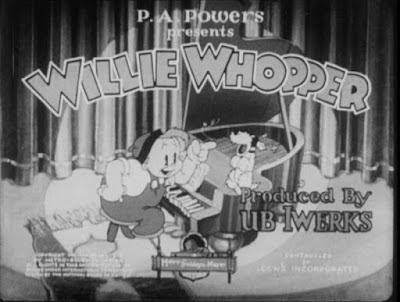 His latest release of Ub Iwerks' obscure series Willie Whopper finds Steve partnering for the first time with a rights holder (traditionally he sources the best material from cartoons in the public domain) Blackhawk Films and the staff from a genuine film archive: UCLA. As a result print materials, including rare 35mm negatives and master positives, that no outside collector could have access to have been brought together for a DVD/Blu release for the first time. 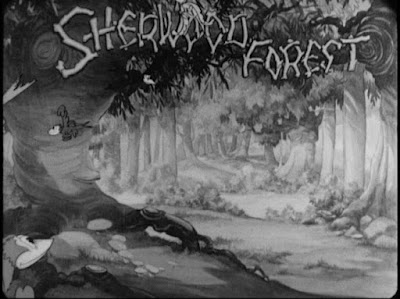 As for the series itself it is, admittedly,  a mixed affair.  The story of how Willie Whopper came to be and his short existence is better chronicled elsewhere (the booklet included with the disc contains good general overview) but, suffice it to say, he was no star turn. Regardless, the best of his cartoons contain a kinetic energy which combines the emerging character driven approach of the west coast with the surrealism and imagination of the New York studios during a period in animation when there was a strong stylistic difference between the two. 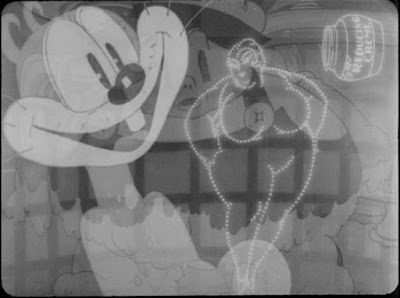 They're also surprisingly bawdy. A complete list of every sexual (Freudian or overt) or outhouse type gag would be difficult to tabulate but most of the cartoons have at least one or two. One cartoon, Jungle Jitters, has a female character who is topless for the whole cartoon! There's also inebriation of multiple kinds, smoking, obscene gestures and topped off by a character whose catch phrase ,"Now YOU tell one",  encourages children to lie.  Fun for the whole family. 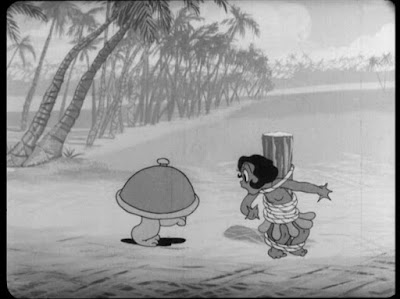 Freudian and overt at the same time: 'Jungle Jitters' (1934)

More importantly, however, the set contains two complete Willie Whopper cartoons which were released in Cinecolor. While known for decades to have been released in color "Hell's Fire" and "Davy Jones Locker" remained elusive but for black and white 16mm versions and a color fragment of "Hell's Fire" entitled 'Masquerade Holiday'.  When a previous DVD release, 'Cartoons That Time Forgot', issued 'Masquerade Holiday' to VHS and later DVD in the 90's they prefaced the cartoon with a disclaimer that what they had might well be the only surviving color fragment of the film. In fact, there was a complete negative stored at UCLA the whole time which was unearthed in  gathering materials for this set. Stanchfield gives a better (and more accurate) sense of the technical details in his short essay in the included booklet. If you are so inclined you can get a sense of life before this discovery and restoration by reading my (admittedly badly written and more than a little crazy) series on the only complete, at least as was generally thought of at the time, version of "Hell's Fire": Vulcan Entertains. 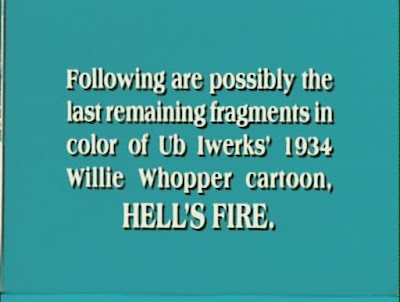 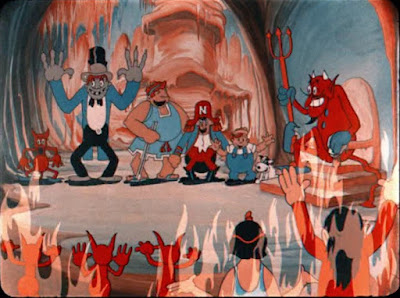 The remainder of the set completes the entire short run of the series, all looking fine, complete with the MGM logos that were sheared off in previous video versions of the films. Also gathered together are cartoons which have never been released officially to disc such as the terrific "The Cave Man", "Reducing Creme" and "Robin Hood Jr.". The sound is good too: clear and resonant if, at times, a little variable due to the multiple sources cobbled together ("Hell's Fire" for example). Always good to remind anyone hearing this stuff for the first time of the limitations of early sound recording. This is as good as some of this will ever sound. 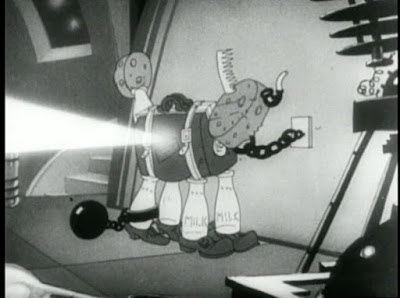 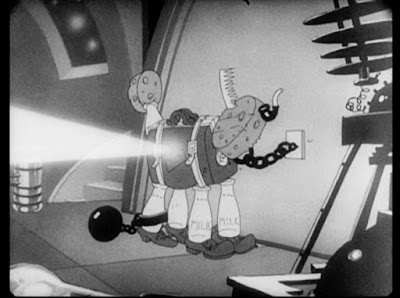 The bonus features consist of: a reel of reissue title cards, a section with the three jazz records (two by Benny Moten and another by Jelly Roll Morton) used in "The Cave Man" and 'The Good Scout', a 'bonus cartoon' section which consists of a reissue print of Flip the Frog's "Funny Face" along with the two aforementioned edited versions of "Hell's Fire". There are also two galleries: one consisting of a few thumbnail and gag drawings featuring Willie by Grim Natwick along with a few trade ads and a lot of pencil boxes and the other consisting of scene-by-scene outlines for a number of cartoons. I'm still picking though this section (unlike many commercial disc galleries, slideshows etc. Thunderbean galleries allow zooming in to better inspect the images/read tiny print etc.) but I have finally discovered the name of Willie's dog  which has been a mystery which has alluded me for years: it's 'Rags'.  Great to have this stuff included. Strangely there doesn't seem to be a single photo of Iwerks himself in the galleries or on the cover. 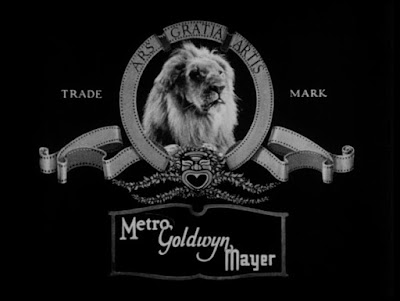 Great to see the MGM logos up front where they belong. In the Flip The Frog cartoons Flip's theme actually begins with a fanfare over the MGM logo. 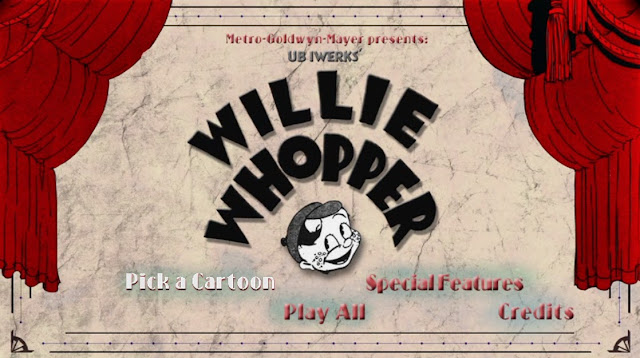 Functional but kinda slap-dash lookin'. Somebody make the music STOP!

The only quibble I can honestly make are for the disc cover  and menu layout  which seems
rushed and the conglomeration of elements (fonts, drawings, color etc.) lacking in cohesion. The 12 second clip of Willie's theme song looping interminably is kind of grating also. Not that any of this effects the quality of the films, which look amazing, or the menu navigation which is  legible and functions fine. After all, the meat of this set is not the menus but the content which is well worth  parting with a few bucks to own. These don't come around every day so check it out! 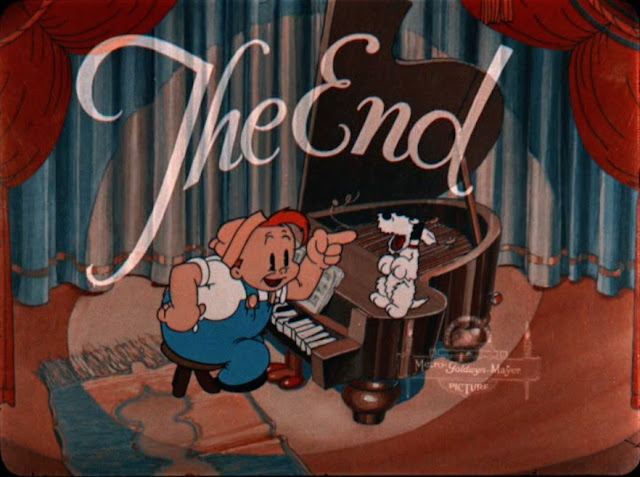