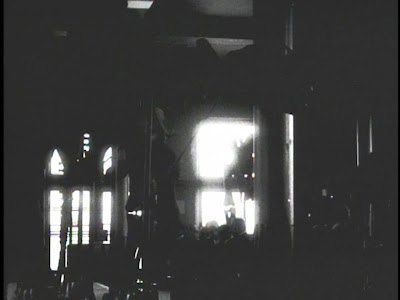 Winsor McCay, George McManus and others visit the Museum of Natural History in the live action prologue to 'Gertie The Dinorsaur' (1914)
Today I thought I'd wrap up Winsor McCay's 1926 letter to cartoonist Clare Briggs. This section is, in a way, even more interesting than the first half. McCay seems
at times
to be waffling back and forth between genuine sympathy for Briggs, promotion of the Federal Schools (for which he was an advisor) and his own insecurities about his drawing. That's my impression anyway. There's a lot of sage advice here though
and as relevant as it's ever been. Part 1 can be read here. Other than that I agree with Mom and Pop... 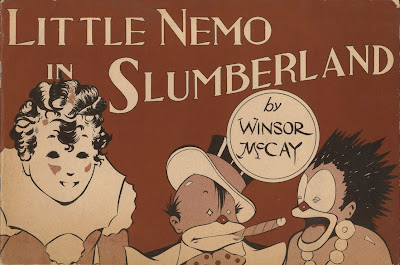 1945 reprint cover of selected Nemo strips (click to enlarge). The artwork looks as though it may have been done by McCay's son.
I do not know if correspondance schools have done much toward making cartoonists or not. If a young person has funny ideas and can act them in spirit, I do not see why they cannot be taught to draw them on paper. I was a long time finding out what kind of board, ink and other utensils were needed. I did not know that one should draw his cartoons bigger than they were to be when made into cuts. I did not know about the quality and quantity of lines for good clear reduction. If the correspondance schools will teach all these necessary methods of procedure to one who has comedy in him, together with an untiring liking for hard work then they will make a cartoonist. I do not think they can teach one to be funny or how to dig up ideas for cartoons, but they can guide one into the way of handling ideas with pen and ink or with the brush. If one think he has the cartoon ability in him, try a correspondance school. It will come or it will not. If it does not, do not blame the school. If you are capable you have spent little money finding out, which perhaps was worth the outlay, since you might have wasted lots of time for nothing! 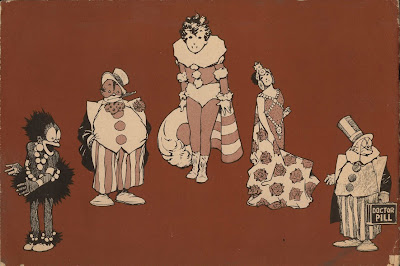 Back cover of the 1945 reprint book (click to enlarge) 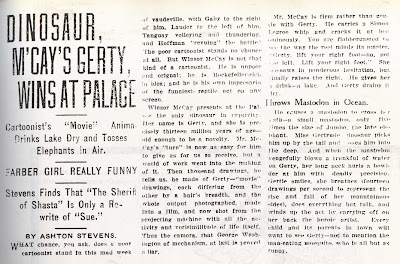 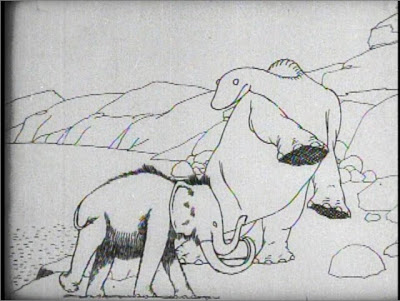 While the most recently released 'Gertie' on DVD (titled 'Winsor McCay: The Master Edition') is sharper than ever before, the speed of playback on the animated section seems really sluggish - especially when compared to 'Little Nemo' (1911). For those seeking this title out on DVD I would recommend the earlier Image disc: 'Animation Legend: Winsor McCay'.
Start drawing and do not stop-draw everything you see, no matter how badly; don't let someone making fun of you and do not let praise of your drawings influence you-99,999 times out of 100,000 the people who praise you do not know what they are talking about. I would rather have someone say my drawing was bad than have him say it was good. Every drawing you make is better than the one you made before. Don't take yourself seriously-nor your drawing. The drawing you think is good today may turn out tomorrow to be so badly done you will be ashamed for showing it yesterday. You should never be satisfied. Always try and do better. Aunt Emma says it's the best she ever saw; Uncle John agrees with Mom and Pop that you are wonderful. Smile and thank them-that's all, but don't believe them. There is a cruel editor to come later and slam you, but continue on, if it is in you-if it is not, quit and get a real job. Work! WORK!! That's all there is to cartooning.
Posted by J.V. (AKA "White Pongo") at 11:50 AM 1 comment:

All's Fair At The Fair - Pan

Just a composite pan I threw together (and was still on my drive) from the amazing Color Classic "All's Fair At The Fair" (1938) from the French 35mm (but through VHS blur). There's a teeny bit missing on the right. More on this cartoon later...
Posted by J.V. (AKA "White Pongo") at 9:21 AM 5 comments: 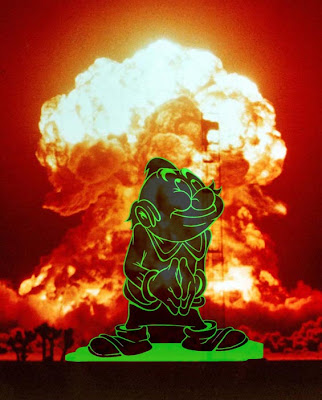 For those of you who thought I meant Gabby Hayes I am profoundly sorry. For those of you who voted for the town crier from 'Gulliver's Travels' or a hunk of green clay over one of the most important pacifists of the 20th Century, may god have mercy on your soul...
Then again, considering this was the question, I suppose all three could be interpreted to something pretty disturbing...
Posted by J.V. (AKA "White Pongo") at 10:55 AM No comments:

Where does the time go? 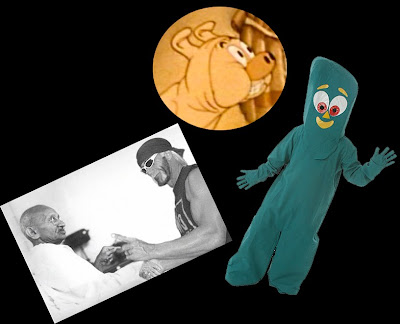 Only one day left to cast your vote (in the sidebar)! Stay tuned for the adequate conclusion!
Posted by J.V. (AKA "White Pongo") at 8:03 AM No comments: