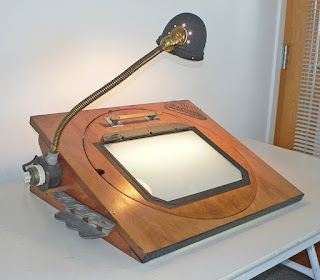 A while back, over at Mark Mayerson's blog,  Mark did a post on the varying standards of equipment used during animation's 'golden age' and linked to an article by JJ Sedelmaier on his collection of vintage equipment in which he disassembles a mid-30's Fleischer disc. That reason alone makes it worth mentioning here but it also reminded me of this entry in the Fleischer 'Animated News'. 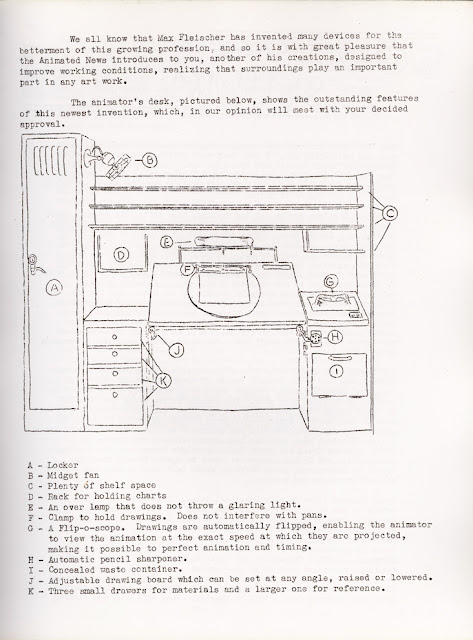 When I first happened upon this I though it might be a gag. The Animated News is full of them-many gently ribbing Max for his low bowling scores, mandolin playing etc. I took this to perhaps be a joke on Max's mechanical obsessions but once I saw JJ's disc with it's unique clamping mechanism I realized that it was a possibility that the set-up above could have indeed existed - Flip-O-Scope and all! 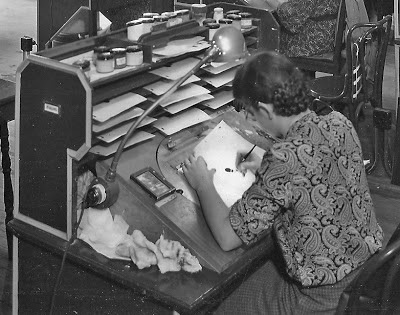 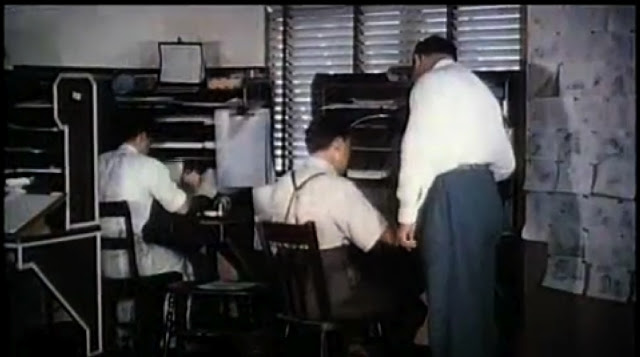 Or here in (presumably) the animation department of the Miami studio

Whether it did or not though remains a mystery (well, to me anyway). I've never seen a photo of it if it did. Still, I'd be curious to know if any of those desks with their distinctive trim and name card holders ever survived? 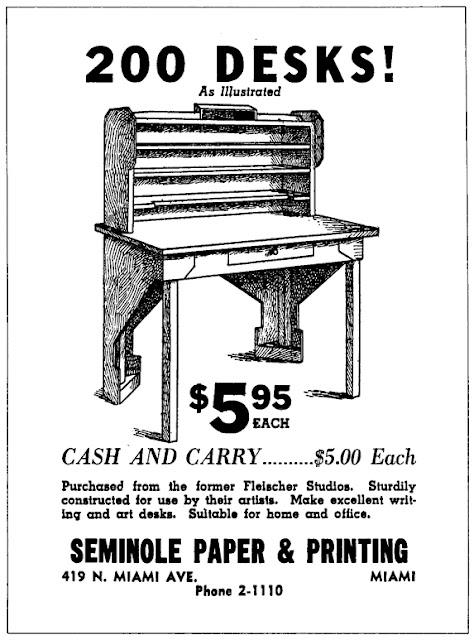 The Flip-O-Scope ! I want to know if they ever made a desk with that function.